You might have noticed a new name appearing to the right of the reviews this week: Matt Baker. With the relentless pace of Auckland Theatre (January really is our only ‘quiet’ period these days), and the number of shows our small and busy team were having to turn down for coverage, Mr Baker has been invited to offer his critical eye to our Theatre Scenes blog. Already, he has proved invaluable with reviews of three shows: The Laramie Project – 10 Years Later, Educating Rita and Beautiful Losers. Thanks Matt!

Matt first came to our attention as a reviewer for Craccum magazine, which both Rosabel and James previously wrote for. In 2011 both Matt and James were nominated for the Hackman Theatre award for best review quote of the year. Matt deservedly won for a pithy comment on that year’s Othello.

Matt studied as an actor at the UNITEC School of Performing And Screen Arts and has worked in theatre (My Night With Reg), musical theatre (The Lion King), short films (Breakdown), television (Amazing Extraordinary Friends), and commercials (The National Bank) for the past eight years. He is currently continuing his academic study at postgraduate level at the University of Auckland with a focus on critiquing theatre. He also continues to study as an actor with Neighbourhood Playhouse representative Mike Saccente and has begun working as a director (Lithium Kiss). Matt is represented by Kathryn Rawlings & Associates and is a member of New Zealand Actors’ Equity.

Matt offered this quote towards his reviewing philosophy: “The better we do it, the greater our chance of turning a transient pleasure into a permanent possession.” – Irving Wardle: Theatre Criticism. 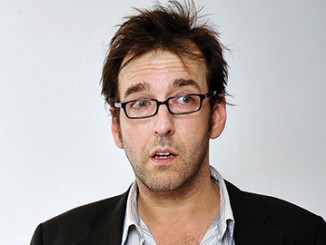