Bromance and Television [by James Wenley]

During last year’s Auckland Fringe I stuffed myself with as much theatre as I could. But I was kicking myself when Square Eye Pair won the Fringe’s Best Comedy award… and I had not seen it!

Luckily for me, and for you, Square Eye Pair is returning for at Auckland’s The Basement at the end of June. But that’s not even the most exciting news. The ‘bromance’ comedy between two TV-obsessed friends (Hamish Parkinson and Eli Mathewson, with Elise Whitson) has been picked up by Rhys Darby’s Awesomeness comedy, and travelling to a little something called the Edinburgh Fringe Festival!

Hamish Parkinson, one half of the Square Eye Pair, briefly put down his remote to answer my questions about the show that is very much going places…

You wrote Square Eye Pair with Eli Mathewson. What was your initial inspiration for the show?

Eli and I wanted to do a show together for a while and we both wanted to do a fringe show. We had a few ideas that we played with but this is the one that stuck as it rings truer for both of us and this time in our life. I guess it’s about what we are afraid we could become if we didn’t have enough drive, or awareness. I’m pretty glad we chose this one because our other two concepts involved cults, awkward group sex and a giant eyeball.

It’s described as ‘Bromance’, which is a bit of a popular genre right now. What’s the appeal for you?

I would say it’s a cross between a bromance and an anti-bromance. I think there’s an appeal to watch any strong relationship and the ‘bromance’ thing seems like a funny idea to put on top of a friendship. Like, you can’t just be best friends or mates, it has to be a bromance, it’s just an odd slightly homophobic marketing slogan and mentality that has caught on. Our characters would definitely buy into it.

You’ve got a bit to say about television too? How do you use it in the play?

Television is essential to the play. The characters have spent their entire adolescent lives watching television and reading Ain’t It Cool News and live out moments of their lives through television genres. We both love television but are also weary of what too much time with television can do. There are so many references to different television shows, we should give out a prize to audience members who pick up on all of them.

TV versus Theatre: Which is the winner?

Tricky question. Luckily with our play you can have both!

Tell me about your character? How much of yourself have you put in him?

Richard is a twenty three website designer. I am neither of these things. I see little snippets of myself in him, I kind of see him as a worse alternative to me in some ways. He is a lot more naive, socially awkward and neurotic. I would say I can be all three of these at times, but nowhere near as Richard. I hope not anyhow. His diet is pretty disgusting.

How do you feel about Square Eye Pair’s success? Best Comedy at last year’s Fringe Festival, and then getting backed for the Edinburgh Fringe.  Does it put the pressure on for this return season?

I still feel very humbled by it. It is very exciting; I don’t see it as pressure but an opportunity to improve it. We are very fortunate to have Chris Neels look over it for these New Zealand shows; he’s a bloody wicked director. Then after these New Zealand shows we get to re-work it for a UK audience. I find it very exciting to see it evolve. In Edinburgh we will be doing it twenty five times, I can’t wait to see what it looks like after that. 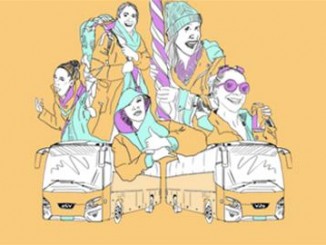 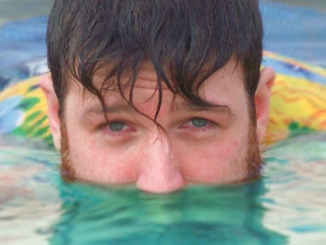 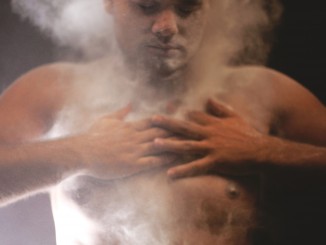