Diversification in the arts can be integral to survival. The transition to a new medium, however, also allows artists to explore other modes of creativity. Such is the case for actress Hayley Sproull, a Toi Whakaari graduate who continues to turn her musical and theatrical talents to the comedy scene with her second NZ Comedy Festival solo show, Just a Phase.

There is nothing ordinary about Sproull, and yet somehow she managed to nail three of the most stereotypical subcultures of her youth with enviable commitment. Re-examining when and how these phases took place, parenthesised with music and written correspondence, the “dark self-exploration” is more of a series of lessons in apparel, attitude, and extra-curricular activities associated with each. The retrospective awareness of not only self-image, but the reasoning behind it, provides Sproull with plenty of comedy fodder – even those who have no direct experience with the specific systems of expression and lifestyle will identify the passion, however irrational, which teenagers invest in their search for self.

Although the content is there, and the theme and narrative illustrate a structural integrity, Just a Phase just doesn’t quite have the completeness or resonance that it is capable of as a comedy show. It is a language Sproull is still learning, and her avoidance in relying solely on her musical skill to carry the show demonstrates an ambition in strengthening her comedic core. The potential is certainly there, and if Sproull is able to apply the subtle yet vital components to her craft necessary in developing her own voice, there’ll be no doubt a new comedy contender has entered the scene.

Hayley Sproull plays at Basement Studio until 12 May. 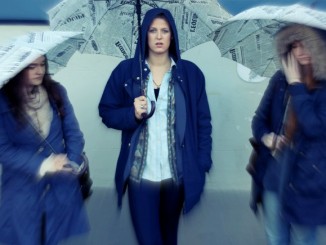