Stomp has been around, in various iterations, since the beginning of the 1990’s. Originating in the UK, the production has grown to include a NYC residence and various touring casts. The original formula remains successful and intact: a celebration of rhythm, energy and joy.

The concept is simple and highly effective, and when Stomp first hit stages twenty-five years ago no one had seen anything like it. Although the show has percussion at heart, it’s also a highly accessible piece of comic theatre, strengthened by being non-verbal, human and full of character. The production has eight performers, a mixture of musicians and dancers, cast for their eclectic character and vibrant personalities. There is a good deal of choreographed movement to Stomp, which animates the music and keeps the show moving at an energetic pace. Intricacies of timing, unison and canon remain impressive, and draw appreciative responses from the audience throughout. In 2018, the male-heavy cast (6 men, 2 women) feels imbalanced, and unnecessarily so as many of the characters in the show are not particularly gendered.

The Stomp set has remained essentially unchanged; an industrial-looking scaffold hung with everyday objects, performers in heavy work boots and baggy clothes, plenty of opportunity for noise-making and fun. The creativity and variety of sound is truly joyful, and the sheer variety of junk-turned-instrument is at the heart of the delight of Stomp. Nothing has been overlooked at an opportunity; plastic bags, trash cans, paint tins, brooms, sand, newspapers, water, rubber gloves and, yes, even the kitchen sink. My favourite sections were the Zippo lighters (also brilliantly visual), sections of rubber hose, and the interactive finale.

Stomp was well-received by the audience; it filled the theatre with laughter throughout the performance and earned a standing ovation at the end. Stomp is great for all the family, and it’s lovely to be immersed in acoustic, non-digital entertainment where the performers create a thoroughly warm exchange with the audience.

Brigitte Knight saw Stomp at the Wellington Opera House, where it closes on 13 May. Stomp then has a Christchurch season before playing Auckland’s Civic Theatre 23-27 May. See the Stomp tour website for more information. 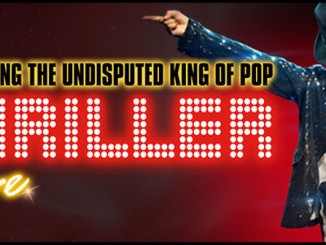