I have to admit that I’ve not been privileged enough to have see the previous two incarnations of Samoan playwright Leilani Unasa’s critically acclaimed play His Mother’s Son.

Originally from Mangere, Unasa bringing His Mother’s Son to the Mangere Arts Centre could not have been more appropriate.

The story is a tale of the toils, trials and tribulations of a Samoan way of life coming to Niu Sila, and the resulting effect of a displaced culture. This is a familiar theme. But considering that the play was written eight years ago, the writing not only excels but it appears really fresh and relevant. The humorous political references have obviously been updated while the play has morphed from a four to two actors, with both actors playing multiple characters.

As well as being a showcase of Jenni Heka (Sita and Rachel) and Michael Koloi (Tasi and Stephen) talents, the actors’ fine transitions between characters helped the piece flow seamlessly and avoiding the need to make multiple scene changes. This clearly demonstrated perfect casting.

The actors’ ability to slip in and out of multiple personae should be commended, especially when each of their characters interacts with the other. The effortless switches are also testament of Molloy’s great direction.

The themes of the show are universal and simple – covering family dynamics including love, hate, loss and finally respect. Although based on a Samoan family, Unasa has written the play in a manner which all people can relate to – fostering “understanding how families behave in tough times: how they cope and how they don’t”.

The whole concept is intelligent and the hospital scenes works well as a brilliant device for the eventual surprise reveal and plot twist. It also helps tie seemingly unrelated strands of the narrative together.

The (now) familiar family is pitched perfectly and retains the human element, making the family dynamic all the more convincing.

Special credit goes to Molloy and Mark de Jong for exquisite lighting design, which seemed to drape on the actors and the staging like a beautifully executed symphony. It wasn’t just interesting and varied, it was spot on and enhanced the entire mood of the show.

The South Auckland based new theatre company Indigenous Theatre Group should be applauded for taking the risk of reworking a previous production with two instead of four actors – which was not only a brave but an excellent decision.

Unasa’s ability to write believable and ‘Laugh Out Loud’ funny dialogue, is a skill that should be lauded.

Some of the risque euphemisms being used to avoid the use of the taboo word in the Pacific Island culture, ‘sex’, were hilarious and may have surprised the very young attending this play. But I for one wished there had been more of each generations present at the opening night.

This thoughtfully written, well-executed and smartly produced production deserves a larger audience. And it should definitely be seen by one and all.

So during these trying times, go lose yourselves in someone else’s troubles for a while. Although a problem shared is a problem halved, you may feel that learning from our parents’ mistakes is the best way of avoiding our own… 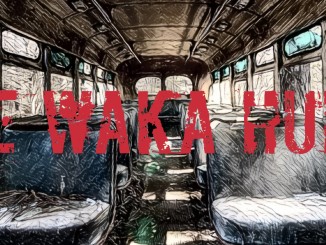 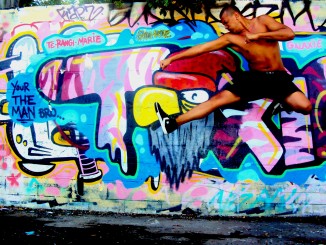