Eleanor Bishop attended Carnegie Mellon University in America during the ever-growing focus on rape culture. Jane Doe began out of the confusion and anger that Bishop and her peers experienced. Since then, the show has toured campuses in America and grown accordingly with new material and new performers. The Auckland show is tailored specifically for Karen McCracken, and her performance is engaging , skilful and honest.

McCracken is our guide through an hour-long investigation of rape culture. First, she introduces us to her teenage self. We learn about her favourite films (She’s All That, The Notebook) and her idealistic views on love. She describes her first kiss with a boy with spikey hair and combat pants, and the lingering feeling of wanting and being wanted.

Then McCracken introduces Jane Doe’s story. This is a story of a teenage girl who got drunk at a party, trusted the wrong people, chose to speak up, and what followed after. We come back to both storylines over the course of the show, and the parallel serves to highlight the way in which social and cultural influences can shape a young woman’s expectation of the world and the people in it. It also emphasises the existence of the male gaze that dominates our media and the way in which society treats and values  women and their bodies.

Jane Doe is constructed from mostly verbatim research and pulled accounts from trials, which is the foundation of the show’s weight and success. It’s easy to walk away from fictionalised accounts and take the impact with a pinch of salt, but Jane Doe does not afford us that escape. From transcripts of an actual rape trial and text messages between the defendants who assaulted her, to media coverage of rape cases across the world, each section was clearly constructed to evoke a powerful response within the audience and reiterate the reality of rape culture.

During one section, interviews are projected above McCracken’s head and she, wearing headphones, faces the audience and relays the interviewees’ words. Here McCracken shines, her mimetic ability and attention to detail is spot on and transforms her into a conduit for their stories to reach us in a more tangible way. Every aspect of this show is laced in truth and is delivered to hammer home the truth so many people do not (and will not) see.

From the pre-performance introduction to the moments of collective silence that serve as recovery time, the construction of the show allows for appropriate support and space for those who struggle with the content. However, half-way through the show, I wanted to leave. If I hadn’t been reviewing, I probably would have. I struggled. Almost immediately, feelings that I manage in my day to day were evident by the tears on my face. As the show went on I struggled to breathe. I was angry. I was overwhelmed. Generally, an audience who choose to see a poignant work that tackles social issues are already on the same page with the show’s message. Jane Doe was no exception, which left me wondering, was the best space for this show to exist? It sits oddly in a commercial context considering its origins. Understandably, the season is part of a fundraising effort to get the show to the Edinburgh Fringe, but to what end? Yes, better exposure can create better opportunities, but I hope to see this production return to its roots and push into spaces in which the content will target the ignorant rather than those who are already painfully aware of these circumstances.

I found myself shaking long after I left Q Loft and escaped the chill of the Auckland streets. I grew concerned over my impending task of reviewing this devastating and evocative work. How could I write objectively about something so deeply personal, without making it about me and not the work? But the fact is, this show is about me, and you, and that girl you heard about in high school, or college, or work. It’s about your nieces and nephews, and sons and daughters who are growing up in a world where “No” means “Maybe” and unconscious means “Yes”. Sexual assault is personal to everyone. This story is personal to everyone. This show is one of the most important pieces of theatre I have ever seen, and its construction and execution is of such a high standard that it could be viewed simply as a piece of art in itself. However, those who need further convincing  that “No” will always mean “No” are the ones who need to see it most.

If you or anyone close to you feel like you need to reach out and talk about Sexual Violence below are places to seek help. Speak up and be heard. 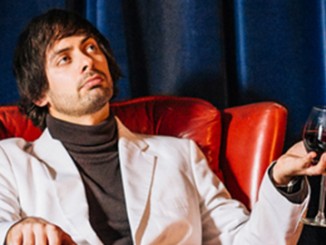