“My name is Rachel Corrie”, states the energetic, impassioned, idealistic, empathetic, effervescent and blisteringly awake woman on Garnet Station’s Tiny Theatre stage. Character and actor alike are bright stars who collide to ensure we will not forget Rachel. Phoebe Borwick is a tour de force as the solo performer in the title role of Shape Shift and Embers Collective’s electric presentation of My Name Is Rachel Corrie.

Rachel Corrie was a determined young woman who in 2003 travelled to Israel and Palestine to serve as a peace activist with the International Solidarity Movement. Her bright light was tragically extinguished in conflict there the very same year, but a vivid portrait of her work and indelible spirit remains in the writings she left behind. This show is a compilation of Rachel’s original writings, and it conjures her grit, empathy and acute sense of the sanctity of life – with searing beauty and unabashed honesty – as it delivers her intimate perspective on one of the world’s most violent and protracted conflicts.

Edited by Katherine Viner and the late great Alan Rickman, the show unleashes the raw and dauntless passion for compassion that Rachel embodied in her work towards peace and human rights. This passion has been tangibly carried forward in the production, with 10% of ticket sales going towards Amnesty International NZ. At the forefront of this sensitive and thoughtful production are the questions that burned in Rachel’s heart: how do we find our path in life? What impact do our actions have on others? What do we owe to our fellow humans?

Timeout London described the London season of My Name is Rachel Corrie as a thing of “extraordinary power… funny, passionate, bristling with idealism and luminously intelligent.” This production does justice and more to all of these claims. Phoebe Borwick’s performance is one of the best I’ve seen, and she does a truly impeccable job of bringing Rachel to life. The challenges presented by working in a very small space are fully embraced, and the intimacy of the venue innovatively exploited. Production designer Poppy Serano, costume designer Joan James, and sound and lighting designer Anna Bennington have collaborated to create a deeply evocative close-up on Rachel’s life – the design sees Borwick literally (and metaphorically) wrestle her way out of the clutter of an American adolescence as her political priorities emerge, learn to be inventive with limited resources and navigate her inner and outer realities with striking authenticity. Clearly inspired directly by Rachel’s spirit, this show creates a very real incarnation of its heroine. Rachel talks to her audience and to her own family as though they were the whole world, and to the world as though it was sharing her bedroom.

A deep and broad character portrait is given here as we see what motivated Rachel’s decision to go to Israel and Palestine, which she describes to her parents is ‘one of the better things I have done’. Committed to freedom – intellectual, political, existential – she has a keen feeling for the fragility and brutality of life, is haunted by her own privilege, and feels deeply the weight of inequality. She describes the feeling out ‘outgrowing’ her middle class American upbringing in Washington’s Olympia, and it’s a very special thing indeed to get to watch her grow into herself through her journey – which, again, is navigated with dexterity, depth, and utter commitment by Borwick. Alexandra Whitman’s direction has really got under the skin of Rachel Corrie, and it really is a privilege to watch.

Shape Shift and Embers Collective have produced a show that promotes dialogue and provocatively invites us to see that big change starts small. As it encourages engagement with the bigger global picture in which we all live, the show responds to any lurking assumptions that a single person is small. As Rachel’s vast inner life opens to us, the show reveals that peace and freedom ‘out there’ have their inception ‘in here’. This is confronting, moving, haunting and beautifully provocative work that invites us all to look inwards to see if we can’t find space in our hearts and minds to think, and feel, bigger. 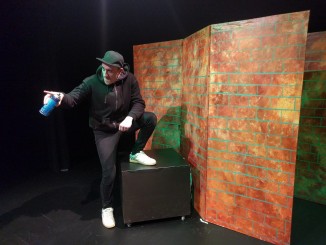 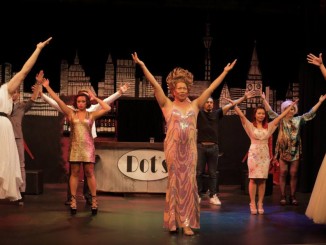 1 Comment on REVIEW: My Name is Rachel Corrie (Shape Shift and Embers Collective)