Back to the Hood [by Guest Reviewer Tim George]

At its core, a good story, whatever the medium, gives its audience a question that it will hopefully provide an answer for by the resolution. Take The Godfather. Can a man separate himself from his past and his family, or is he destined to fail? The journey from question to answer is what provides the drama, the anticipation of what the potential answer could be.

This long-winded introduction is my way of contextualising my mixed feelings about Take Back the Hood. On the one hand, picking apart the story of Little Red Riding Hood, and teasing out its psychosexual implications and old-fashioned gender relations is a strong idea. A similar premise, albeit different in tone, served as the basis for Neil Jordan’s film The Company of Wolves. And, of course, one cannot forget Stephen Sondheim’s Into the Woods, which remains something of a gold standard for this kind of fairy tale revisionism.

Taking more anarchic, humorous approach to the story, Take Back the Hood plays out like the bastard love child of a stand-up special and karaoke night at an AA meeting. Based around a mature Red recounting her story, it features a series of vignettes in which she rubbishes the ‘re-writes’ which completely obscured what really happened and have caused her so much anguish and pain in her adult life. A particular highlight is a rather macabre recollection of Red’s relationship with Goldilocks, who, since her own experience, has developed some rather disturbing attachment issues. Overall, the performance is excellent and the jokes come at a rapid clip, but you might come away feeling somewhat under-served by the potential of the story’s ideas.

The show is 45 minutes, which feels too short for the ideas it wants to tackle. As stated at the outset, if you are going to skewer a fairy tale, you have to bring something new to the table. And that’s ultimately the only real issue I had with Take Back the Hood. It felt like it was going over ground that was already well-toiled.

Take Back the Hood plays as part of Auckland Fringe at The Basement until 22nd Feb. Details see The Basement.

Tim George is vaguely unemployed, but you can find him contributing the occasional piece of pop culture nonsense on denofgeek.com and at his own blog http://midniteramble.blogspot.co.nz. 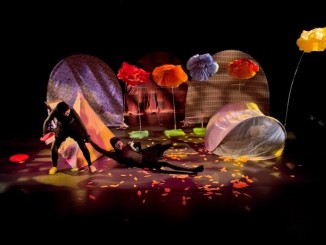 REVIEW: Break Up (We Need To Talk) (Binge Culture and Auckland Fringe)