[The Baton Passes on]

I had the pleasure of witnessing FCC’s staged reading of Katori Hall’s The Mountaintop a couple of years back. It was, to put it lightly, a stunner. With limited rehearsals and scripts in hands, the performance managed to create something truly magical, transporting us to Dr. Martin Luther King’s last night on Earth in Room 306 of the Lorraine Motel before his assassination. Here, with the same cast from the reading under Fasitua Amosa’s direction, David Fane and Nicole Whippy, give us a fully formed production.

In the publicity for the show, much has been made of the fact that this has never been performed in New Zealand or by Pasifika actors. While the former acknowledgement is noteworthy, the latter strikes me as opening up a can of worms. Not casting African Americans is an understandable constraint within New Zealand, but to celebrate the casting of a different ethnicity begs a wider discussion of the problems of cross-racial casting, even if they might pass for one another on stage. [FCC Founder Victor Rodger wrote about this issue on The Big Idea]

That’s not to diminish any of the work that both actors do. They are both superlative in their roles, evoking both period and cultural authenticity with the help of Donna Marinkovich’s set and props. Fane, as King, has the biggest hurdle to overcome, playing a famous historical figure – one that is embedded thoroughly in our cultural consciousness. Rather than attempting to imitate or impersonate the man, Fane embodies his spirit and fills in the blanks of what we don’t know. The events that occur within the world of the play are imagined, but what they do so effectively are paint a portrait of a man in crisis. This isn’t Dr. King as an icon or symbol, but a man made flesh. A man with the weight of the world on his shoulders. And it’s this weight that Fane displays, his body hiding a fragility that might cause his knees to buckle at any moment.

As the feisty and mysterious maid, Camae, Whippy is a pure revelation and arguably steals the spotlight. While purely a creation of fiction, her character has to convincingly go toe-to-toe with Dr. King, to surprise and outshine him. It’s a firecracker of a performance that demands the utmost sincerity, especially when the script calls for some suspension of disbelief. Whether firing off jokes, fending off flirtations or orating imagined speeches, she simply nails it.

None of this would be possible without Hall’s witty and crackling script though, full of zingers and insights, equal parts funny and affirming. The production leans on the comedy heavily at the start, but deceptively so. A deeper moral urgency soon creeps in and the dark, looming shadow of King’s assassination becomes visible on the horizon. While the tension and drama between the characters is low on dramatic conflict, it explores the broader tension between man and nation poignantly – of both loving and hating your country. If there’s any issue with Hall’s script is that the play’s turning point isn’t entirely convincing on the page, but it’s delivered with utter conviction here.

While highly critical of America, this is also undoubtedly a pained love letter, a passionate breakup song. It cuts deep to the core of what makes America (or any home) so painful. Because we want to love it, despite what it does to us. And contrary to what the more conservatively-minded might think, the marginalised often want to be one with the land and the nation, not against it. It’s this dichotomous love/hate relationship that defined the difference between King and, say, Malcolm X. Or even King and Camae. As James Baldwin once said, “I love America more than any other country in this world, and, exactly for this reason, I insist on the right to criticize her perpetually.”

In my review for The Winterreise Project, I reflected on the notion of art as ‘equipment for living.’ The Mountaintop seems to be the perfect embodiment of this – a theatrical rally and response to our current climate. A war cry to end all war cries. Calling a piece of theatre more urgent or relevant than ever is an often abused line of thought, but it rings true here, particularly with the topicality regarding the White Nationalist Rally in Charlottesville earlier this year. This is a work that has only, unfortunately, grown in relevance since its 2009 premiere.

More than simply coasting on the sentimental nostalgia of history, The Mountaintop drips with humanity, so much so you can feel your conscience demanding work to be done. It doesn’t give us easy answers, but it passes the baton on, forcing us to acknowledge the legacies that have preceded us and the responsibilities we owe to each other. An unmissable experience.

The Mountaintop plays at The Basement until 11 Nov. 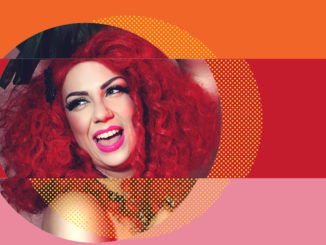 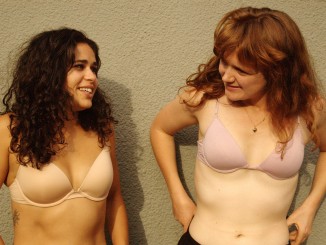