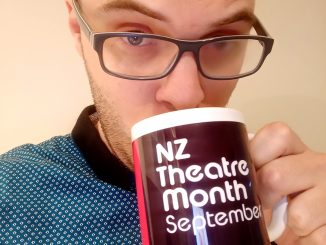 [Schizophrenic armadillos] The lights come up revealing a man half covered in cardboard. Our protagonist, Alfie (Chris Rex Martin), starts to regale us with facts about armadillos. This explains what he is wearing. This sets the tone for the next hour – referencing Shakespeare and Milton, Such Stuff as Dreams is a lyrical, moving, often surreal, informative and entertaining show […]

[1984, Today] The world is having a 1984 moment. The world has always been having a 1984 moment. When Robert Icke and Duncan MacMillan’s stage adaptation premiered in Nottingham in 2013, the backdrop was all about big data and surveillance anxieties. Edward Snowden’s revelations around NSA spying had many turning to George Orwell’s 1984 for literary parallels. Big Brother was […]
« 1 2 3 4 5 … 46 »