[Revolution has its Price]

Cult Show is the product of a group of women who are making their indelible mark on Auckland Theatre. From the minds of Saraid Cameron (Drowning in Milk) and Amelia Reynolds (Macbeth, The Comedy of Errors) and directed by Nisha Madhan (Fuck Rant, Your Heart Looks Like a Vagina), with dramaturgy from Kate Prior, it is no surprise that this powerful piece of work packs a heady feminist punch.

Pitched as a meeting turned bloody backlash, we walk into the show without a clear concept of what we’re getting into. Cult Show begins with a meeting – a meeting to revitalise the New Zealand Women’s Archive. This is an archive held by the Auckland Museum recently ‘rediscovered’ by Cameron and Reynolds as part of their research for the show. Established in 1955 by Enid Roberts, the archive was maintained by a group of women for many years until one day it suddenly stopped. No one knows why, but Reynolds and Cameron tell us they are here to inject life back into the archive and hope that we will answer their call to arms and join them.

However, this is not a show that simply revises the lost archives. The files become a point of access into the deeper political and personal conversations we need to be having in our feminism. The second half of the show steps into an alternate reality where Cameron lives in an underground bunker, living a double life in the realms of witchcraft. After carrying out a comedic voodoo-esque ritual, Cameron is interrupted by Reynolds crashing through a trap door in the ceiling. After some digging, Reynolds discovers that Cameron has been doing her own research for the archives, digging up files on women of colour and burning files of the white women. This sparks the crucial argument between the two and highlights the friction in their political and personal relationship: the tension between the oppressed and their allies.

Reynolds successfully portrays the privilege of the white pacifist and the character appears to have been constructed to have many blind spots when addressing the plight of women unlike herself. Cameron embodies the anger and frustration of the oppressed who can often feel at a loss as to how to express a long and bloody history of oppression when their ancestors have been silenced and written out of history. The uncomfortable moments between the two hang in the air, highlighting the harsh truth: that despite women being linked by patriarchal oppression, without acknowledging the intersectionality in feminism, our revolution will never come – or if it does before we do, it will divide us.

Often when people anticipate feminist theatre there is a common perception that you will leave the theatre feeling guilty; politically charged theatre has deep roots in anger and frustration that often can be directed at the audience. Cult Show takes a slightly different approach that prevents it from coming across as preachy or dogmatic; the narrative cleverly plays out the anger at the root of the problems through the personal conflict between Cameron and Reynolds. The audience get to be a fly on the wall during the grittiest moments in the show, allowing for reflection rather than aggressive interrogation of a live audience.

Despite the heavier undertones of the show, room is made for tongue-in-cheek comedic relief; Arlo Gibson is introduced as an over eager assistant at the Women’s Archives meeting and later personifies the amalgamation of the average “white man” with perfectly timed quips that make the audience cringe.

But this isn’t a comedy and the creators know how they want their audience to feel as they leave the theatre and Cameron’s last line brings it home. I won’t spoil it, but the final line reconciles the lack of conclusion to the show. In its interrogation of feminism today, Cult Show suggests there is a lot of anger, and no easy answer.

If you would like to submit stories of New Zealand women then head to nzwomensarchives.wordpress.com

Cult Show played at The Basement May 29 to June 2. 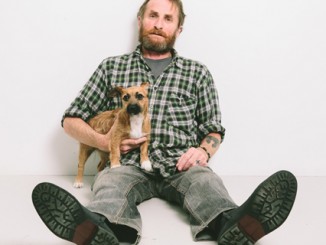