The second Natalie Medlock steps onstage we know we’re in for a treat. She greets the audience with a humble acknowledging nod in our direction and a shy smile to ease us into what we know could be a potentially tumultuous show. Abortion is a controversial topic, regardless of your opinion on the matter, and one not to be treaded lightly. Wearing an outfit that specifically places her near the dawn of the 20th Century,  the audience is immediately transported to a time in which perceptions about this topic were very different from today (but are we as enlightened as we’d like to think?).

Medlock’s ability as a character actor is both nuanced and powerful, showing a varied skill-set which keeps us captivated for a solid 75 minutes. Transitioning through five different women, harking from the opening Victorian era England, through to mid-century America, post-Nazi Germany, the mid-80’s Australia, and to a speculative near future in America, Medlock invokes sympathy for each story without straining for attention. Equally the writing on Jodie Molloy’s part is fluid, and effortlessly flicks between comedy and tragedy in each piece. The monologues follow roughly the same structure: character establishment, revelation, then justification or resolution of choice. While repetitive, Medlock’s ability to capture the essence of her characters keeps us engaged. A personal favourite of the night came in the form of the tomboyish, cricket obsessed Australian woman, who faces a heartbreaking moral dilemma. This particular character touched on the wider contributing factors regarding abortion that the other monologues failed to explore.

Daniel Williams set design evokes a powerful concept for Medlock’s characters: each monologue is set in the same train compartment, a perfect location for the testimonies of these five women. The train gives the impression of not only transitioning through time (cleverly supported by some wonderful AV Design by Paul Casserly and equally pleasing lighting design by Ruby Reihana-Wilson), but also a safe space in which the women’s stories can be heard. The passengers, who are the audience in this case, bear witness to each of these women’s confessions, and once the stories are told, they stay on the train, in this in-between space that exists just outside of their reality. An interesting development of the concept is explored very briefly in the first piece, where the melancholic traveller seems to feel rushed to tell her story. A train horn signals and a look of panic sets across her face, as if with the stopping of the train she must resume her silence. This sense of urgency and suppression isn’t explored further, which is a shame as it reflects a sad reality of the constant denial of a women’s agency to give her testimony.

Which brings me to an article on Te Waha Nui in which Molloy states “we need to take our heads out of the sand (regarding abortion)… to start that dialogue for me would be the most exciting thing.” Whilst this production, curated from the stories of women who have dealt with abortion, certainly reintroduces the topic, I fear the lack of diversity surrounding abortion testimonies can only mean the play will fall short in creating a wider discussion. For a show titled, The Voice in My Head, it seems the only voices represented were those of one or two very similar experiences on the matter. Where are the stories of women who have had multiple abortions, or those who have suffered from rape, and those who were given a new chance on life through abortion? Whilst there is only so much one woman can cover in 75 minutes perhaps the encouragement of a discussion would have been better served through stories about the vast scope of situations, rather than the loose, very similar stories of white, cis women around the world. It would be interesting to see the stories of New Zealand women explored in a similar way.

Rachael Longshaw-Park, a current MA student at the University of Auckland, divides her time between teaching, studying and devouring theatre, whether that be by reading, directing or viewing as long as theatre is involved she’s content. 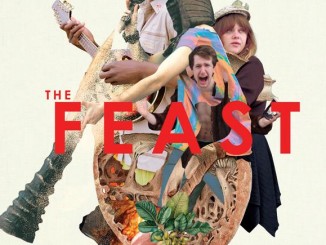