It should’ve listened [by Matt Baker]

Thirteen writers were given the poem ‘Bluebird’ by Charles Bukowski, and asked to write a scene based on what it meant to them. It’s a straight-forward premise, and one that primes an audience for an insightful night of theatre. However, while such inspiration affords writers the opportunity to produce successful works, such as Gary Henderson’s Skin Tight inspired by Denis Glover’s ‘The Magpies’, or Darren Aronofsky’s 7th grade poem about Noah inspiring the multi-million dollar box office film of the same name, there is always the danger that inspiration simply does not take.

Of the fourteen scenes that follow the obligatory performance of the poem itself, the majority aims for a comical, absurdist tone in both dialogue and delivery, which results is an overall lack of substance across the board. While comedy is a valid response, and each scene producing the same amount of insight as the original piece not being a grand expectation, it seems that absurdist comedy has become the final refuge of writers who don’t have much to say.

‘All Day Breakfast’, written by Shoshana McCallum, sets the comedy bar high, with a comically aware yet truthful performance by Josh Thomson. ‘The Game’, written by Kate McGill provides genuine conflict and a nice dichotomy for both Andrew Munro and Renee Sheridan, although a weak ending ultimately drops the ball. ‘Gareth Philips’, written and performed by Nic Sampson, is the only piece that provides the audience with a narrative involving a beginning, middle, and an end. Sampson’s vocal and wardrobe choice, however, while a full realisation of the character, seems to be better suited for an older performer, as does the text itself. ‘Butterflies’, written by Natalie Medlock, is promising, and offers actors Harry McNaughton and Ria Vandervis a variety of play throughout the scene, although the forced ending, while understandable within the text, results in an incredibly forced attempt at catharsis.

Director Jessica Joy Wood seems to have taken too much on board with fourteen very diverse scenes and sixteen actors, as there is a lack of clarity in many of the performances and the indication of a lack of rehearsals and commitment from some. Fortunately, the pieces are short, snappy, and overall entertaining in their own right. While the uncredited rib-cage stage design and background clutter set a tone visibly inspired by Bukowski’s poem, the pieces themselves do not.

All proceeds for the show go to Project Jonah New Zealand; saving whales since 1974.

There’s A Bluebird In My Heart But I Tell It To Shut Up is presented by A Playwright Production and plays at The Basement until April 12. For more details see iTicket. 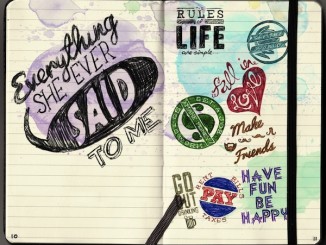 PREVIEW: Everything Benjamin Henson said about ‘Everything She Ever Said to Me’ 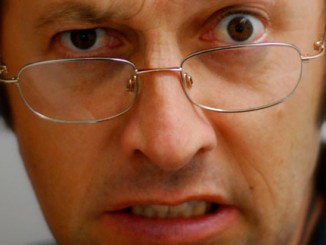