Another Dead Fag epitomises the essence of The Basement’s ethos.

In this case it was not only about appreciating young playwright Sam Brooks’ uncanny ability to write insightful modern day dialogue, but it was about seeing some of the actors who also work at The Basement performing superbly on stage.

Dan Veint (Seb) shines as the central character who’s out and proud, but recently deceased. His ability to stay in character throughout the show, even when he is in the background really heightens our theatrical experience. His expressive and emotional reactions to all that is going on in the foreground is phenomenal, to say the least. And the fact that the staging is in the round really helps magnify the experience even more as we are able to see each other’s responses throughout some very poignant moments. I love the fact that as audience members we are pretty much naked as opposed to the norm where we are often seated in conventional theatre seating. I must admit that I tried really hard not to stare at the others like a voyeur but found myself going through other people’s emotional journeys as well.

The other three characters, Seb’s ex-boyfriend David (Jordan Blaikie), sister Abby (Lauren Gibson) and cousin Mordecai (Chris Parker) are utilised cleverly by Brooks as vehicles to tell Seb’s story, as well as to paint their characters in relation to him. It’s a pleasure to see each of them own their individual roles, displaying their strong and vulnerable sides in equal measure.

Director Zinnie Selwyn shows great skill and finesse with the way the characters interact as they fade in and out of the foreground. Their appearance and/or disappearance into the background is almost seamless and a joy to watch – something that could have easily been disastrous had it been over exaggerated. Another treat was the unfaltering pace of the show, which often is uncommon on opening night even with more established theatre companies.

Essentially Another Dead Fag, as the title suggests, is a story of gay teen suicide. It takes place at Seb’s wake after he has committed suicide, and those closest to him gather to pick up the pieces while trying to come to terms with their recent loss, with blame and guilt being bandied around. What makes it special is that it doesn’t only touch on gay suicide but on suicide as a social issue in general, allowing everyone in the audience to connect with this brilliant piece of theatre.

Often when someone dies or commits suicide it’s their lives that are in the spotlight. In the case of Another Dead Fag I really appreciated the fact that we were given insight into the feelings of those who had been inadvertently left behind. It’s through their eyes that we get to know Seb, who is no longer with them.

Brooks’ characters are well developed and perfectly formed. The only character I found to be a little 2-dimensional was Abby’s. But then again I suspect that was done on purpose, because as the show later reveals, Seb never really knew or cared about Abby, which could account for the lack of detail.

Set designer Jessica Hyunh manages to create a very believable world with the ‘student’-like room, which has hidden gems within the more you look at it. And this is complemented by costume designer Morgan Albrecht’s mainly monochromatic outfits conveyed the perfect tone for a wake with just the right little tinges of colour to highlight certain characters in the show.

Ultimately the sign of a good piece of theatre is one that keeps you thinking long after you’ve left the theatre. And Another Dead Fag definitely does that in spades. 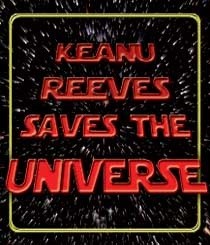