Sex is an easy starting place for comedy. The expectations, the realities, and the frustrations of desire can provide great set ups for jokes. Think back to the characters played by Marilyn Monroe and Joe E. Brown in Some Like It Hot — their bodies and perceived sex appeal (or lack of, in Brown’s case) become walking punchlines for the protagonists’ restricted libidos.

Attraction and frustration are at the heart of Hook-Up Boys, an anthology of short plays about a series of eclectic gay couplings. Among the scenarios on are two high school friends recognising their mutual attraction; an internet hook up gone wrong; and a one night stand that becomes far more complicated than expected.

Written and directed by Bruce Brown,  Hook-Up Boys is by turns funny, sad and uplifting. The points it makes about sexual identity, attraction and intimacy are not soft-pedaled, and give the individual segments a real sense of weight.

And unlike so many anthologies, none of the individual segments really drop the ball. While a a few seem to be hitting the same point, the overall quality is extremely consistent.

Brown  stages each mini-play simply, with focus on the actors. Props are limited to the essentials — a bench, a door, or a bed. The scene changes are extremely brief, allowing the emotional aftermath of each story to flow and feed into the next one. There’s a sense of a building thesis (if one can get pretentious), a sense of empathy in the way the show acts as a platform for a variety of characters and points of view on offer which make the whole experience feel fully rounded.

The attractive cast (Andrew Craik, Ciarin Smith, David Capstick, Dion Greenstreet, Lucas Haugh and Matthew J. Smith) are uniformly terrific. Craik is great as Richard, an omnisexual playboy out for as much ass as he can get. Ciarin Smith matches him in one of the show’s standout segments, as a mysterious would-be conquest whose teasing routine disguises a darker intent. Capstick is poignant as Julian, the oldest of the cast, who is as lost as younger compatriots. Dion Greenstreet manages to find sympathy in the character of William, a young man who is trying to balance a relationship with his extracurricular sex-capades. Lucas Haugh plays James —  he’s recently come out and he’s trying to mange the transition on his terms. Finally, Smith plays Thomas — a former high school athlete and prefect who remains conflicted about his own sexuality.

Brown has shown a strong facility for casting — each episode is based around a pairing — no two actors appear in the same segment twice, and it is testament to his casting choices and his performers, that each segment plays so perfectly. On this evidence, Brown and his cast are people to watch.

If there is a criticism I have, it is the absence of a broader variety of voices and experiences — this show is completely white. Here’s hoping Brown, or someone else, builds another anthology on the experiences of further perspectives (in terms of age, ethnicity, disability etc) in the gay community.

Hook-Up Boys is a really  fun, insightful show that manages to juggle serious issues with tact, nuance and some nice midriffs. 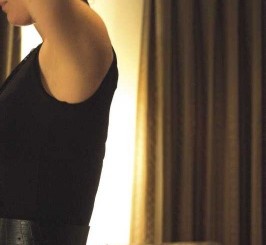