Three friends (Chris Parker, Hayley Sproull and Leon Wadham) are lost on a windy heath. After finding each other, they declare their mutual devotion and vow to return on the anniversary of their ordeal to celebrate their enduring bond.

And that about does it for plot.

When I first heard the title ‘Milky Bits’, I was trying to unpack what it could mean.

Based on Parker’s last opus, Camping, my first thought was ‘boob jokes’. And then during the scene in which Parker and co. hump laptops, my thoughts went… somewhere else.

Anyway, if you’re confused by the review so far, good luck. Milky Bits is one of the most scatterbrained messes I’ve ever seen. And I loved every stupid second of it.

Combining musical numbers, skits, dreams, ranting, and a viking funeral(?), Milky Bits is halfway between a roller-coaster and that feeling you get when you fall down a staircase. It zigs, it zags, it bounces all over the place from one inane set piece to the next.

Beneath the belly laughs, the show does have some more serious thematic undercurrents — depression is present in myriad forms; millennial angst pops in for a cameo; and the whole thing feels like a diversion from some pressing existential dread of a big bad future that might already be our present. You might be laughing too much to notice, but it’s there.

I don’t want to go into more detail. This is one of those shows that defeats plot summaries — you just have to experience it. 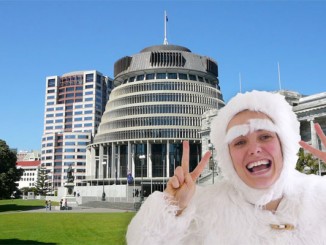