What does it mean to be the other? To be otherised is to be made invisible. To not only be unseen, but also to only be seen for what people think you are. You exist, simply, as blackness or a vessel. A void to be filled with contradictory stereotypes and assumptions. To be pigeonholed, tokenised or, worse, erased. I’ve been, to my shame and embarrassment, both on the receiving and giving end of this.

In case you aren’t aware, Tar Baby is a solo show about racism, performed by African-American comedian Desiree Burch. Perhaps you’ve already started to picture the sort of show this is. That’s the thing with prejudice, it’s painfully predictable and reductive. Yes, the show makes fun of black stereotypes. But it’s never obvious. This isn’t a self-congratulatory piece of theatre for people to pat themselves on the back for attending.

While laughter is the endgame for most comedians, Burch uses it as a Trojan horse to deliver a devastating assault on the audience. She wants us to get real and has found, ironically, the only way to do it is to “perform” for us as the “black comedian”. So the audience gets what they paid for, and so much more. For every tickle there is a punch to the gut. From the history of slavery to screaming expletives, no taboo is left unbroken.

It would be very easy to make this review about my own experiences – that’s how profoundly Tar Baby resonated with me. More than any other show I’ve seen, the experience will differ for every single audience member depending on the personal baggage they bring to the show. And when I say baggage what I really mean is the colour of your skin, your race, your ethnicity. Put simply: how white you are. For myself, as a Chinese-Kiwi, “Black rage” resonated as “yellow peril”, my laughter mingled with my tears. But this is not a victim or pity narrative; this is just truth.

Burch makes masochists of the audience—especially the white audience members. She puts them through uncomfortable roles and positions, but this is always done with a sense of playfulness. Never mean-spirited, never abusing her power. There’s an implicit sense of trust between her and us, the relationship never one-sided. She is, ultimately, a generous performer. You have to be to put yourself on the line like that. Coming out of the show, it’s impossible not to feel privileged

Tar Baby may not be the biggest theatrical event at the Auckland Arts Festival, but what it lacks in scale it more than makes up in emotional scope. By the end of the play, you’ll have been put through the wringer. When all the stereotypes, jokes and preconceptions are finally stripped away, all that is left is Desiree Burch, the person not the performer, baring her heart and soul to the audience. And, most importantly, visible. You’d be a fool not to see her. 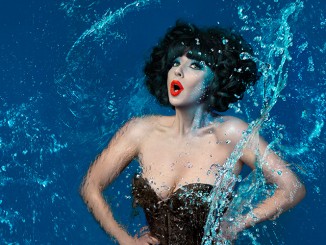 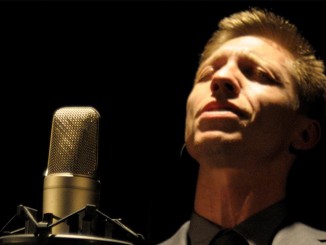