There was almost a carnival atmosphere when entering the Mangere Arts Centre, a setting befitting the Kila Kokonut Krew’s 10th year anniversary celebrations featuring the production that put the company on the map, Taro King.

Unfortunately I don’t have the benefit of being able to compare it with the first time it was staged. So all I can give is my reaction to what it was like seeing it with fresh eyes.

Just as when we saw Indian Ink Theatre Company’s first show Krishnan’s Dairy recently, after a decade, it was great to see where KKK started. And more importantly it was interesting to find out the impetus for playwright Vela Manusaute to write this iconic slice of Pacific Island life in Aotearoa.

For those of you who don’t know, Manusaute (who also plays Sammy) drew on what he felt and experienced working in an Otara supermarket way back in 1997.

Walking into the theatre and being greeted by DJ JXN (Glen Jackson) on stage drew me in immediately. I couldn’t help chuckling to myself when I read the words on his tee shirt ‘Shout Yr Maouf’. That definitely set the tone for what was to come. I found it even more interesting the way people tended to go up to DJ JXN and shake his hand on stage before taking their seats – something that would only happen in a South Auckland theatre – chur! And using him to do the ‘turn your cellphones off” and supermarket announcements was genius.

You knew you were in the right place purely by the piled up taros that took up a great part of the stage. Great touch by set designer Sean Coyle.

The story is set in the local Otara supermarket with a wacky selection of characters from all walks of life and highlights the friendships, jealousies and competitiveness that arise in any microcosm of society. The usual elements of struggle, family, religion, Fa’afafines, generational conflict and slapstick that have served KKK so well all these years were there in spades, and still worked a treat on the happy crowd.

Memorable parts included the three rappers, the “Raiders of the South Seas” who are trying to break into the music industry, hilariously played by MC Mohe (Pretty Ricky), MC Kuli (Sefo) and Andy Sani (BIG B). Alvin Maharaj was equally hysterically funny as the ‘token’ Indian, complete with Bollywood numbers and arranged marriage on his mind. The two supermarket promo girls, Stacey Leilua (Lavinia) and Nora Aati (Moana), were suitably flirty providing some saucy scintillating sequences.

Although Taro King has all the elements that are the hallmark of KKK’s fabulous productions, it was great to see how much the company has developed these themes further and come into its own with their most recent production of The Factory.

Taro King is a great ensemble piece that allows the large number of actors on stage to shine in their own right. Other standouts include Aleni Tufuga (Filipo) with his Elvis impersonation and the minister’s son Faavae (Troy Tu’ua) with his big dance number.

I particularly liked the blend of Indian, PI and Western music and of course the dance moves in the show, which were a great complement to the rest of the dialogue and serious themes being tackled. These included ‘making a better life for our child’ and thoughts of home, which are skillfully woven into the humour – being both touching and poignant as well as ridiculously zany, all at the same time. The Bollywood dancing scene left the whole audience in stitches, which embodies the multicultural melting pot that makes up South Auckland.

If I had to poke any holes in the show the only thing I would say is that I found the plot a little confusing to start with. In that the transition between the supermarket and home scenes appeared somewhat disjointed. However it resolved itself as the play progressed.

Once again I’d like to take my hat off to KKK, led by Manusaute and his partner in crime and life Anapela Polataivao (Aiga), for their vision when they created this piece, and their perseverance which has gained them a great deal of respect in the industry over the years.

Taro King is the play that started it all for KKK and the accuracy and relevance of Manusaute’s observations, even after 10 years, still hold true. 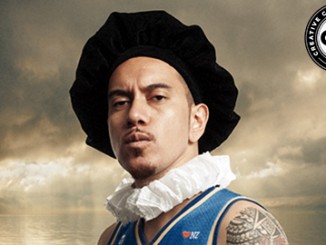